Newzoo: Global esports will top $1 billion in 2020, with China as the top market 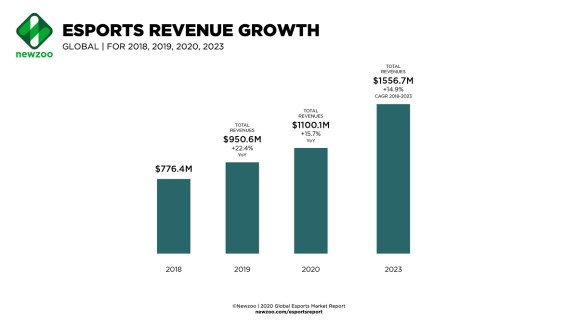 Global esports revenues will surpass $1 billion in 2020 for the first time — without counting broadcasting platform revenues, according to market researcher Newzoo.

Globally, the total esports audience will grow to 495.0 million people in 2020, Newzoo said. Esports Enthusiasts (people who watch more than once a month) make up 222.9 million of this number.

In 2020, $822.4 million in revenues—or three-quarters of the total market—will come from media rights and sponsorship. 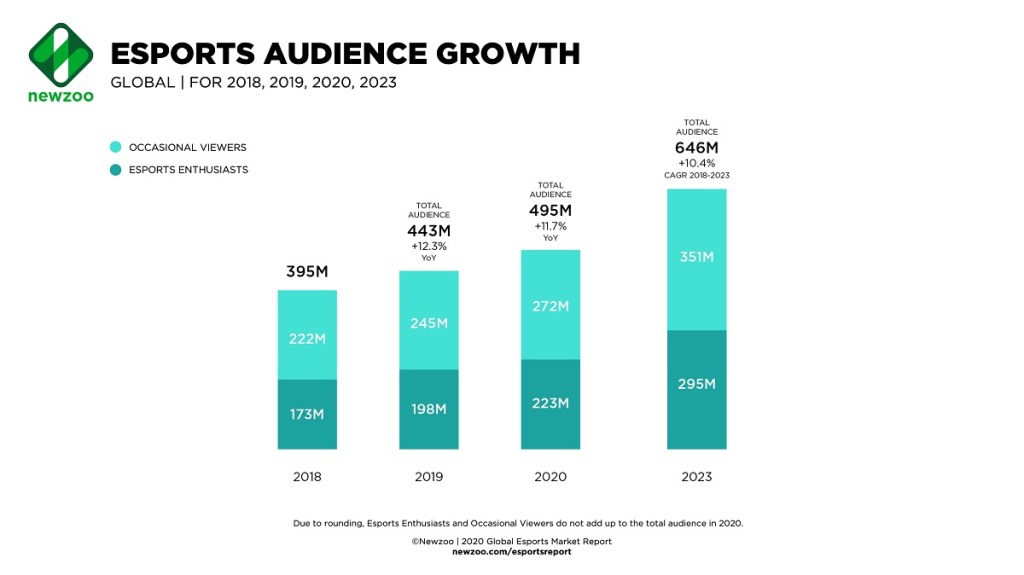 In the coming year, the global esports economy will generate revenues of $1.1 billion, a year-on-year growth of 15.7%. Most of these revenues (74.8%) will come from sponsorships and media rights, which will total $822.4 million, a 17.2% increase from last year.

Consumer spending on tickets and merchandise will total $121.7 million, while another $116.3 million will come from game publishers’ investments into the esports space, via supporting tournaments through partnerships or as white-label projects with professional tournament organizers.

“As the esports market matures, new monetization methods will be implemented and improved upon,” said Remer Rietkerk, head of esports at Newzoo, in the report. “Likewise, the number of local events, leagues, and media rights deals will increase; therefore, we anticipate the average revenue per fan to grow to $5.27 by 2023.” 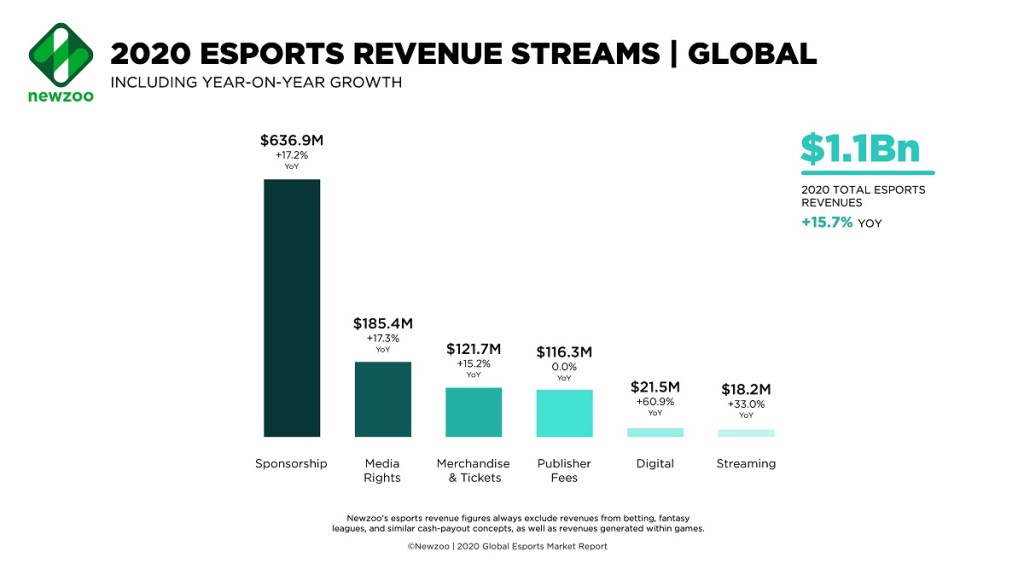 Above: Newzoo’s forecast for the top revenue streams for esports.

Mobile has unlocked esports for emerging markets—a trend visible in countries like Vietnam, where titles like PUBG Mobile and Garena Free Fire have exploded in popularity.

As such, emerging esports markets will show the highest compound annual growth rate (CAGR for 2018-2023), with regions such as Southeast Asia (24.0% CAGR), Japan (20.4%), and Latin America (17.9%) accelerating to close the gaps between themselves and older, more developed esports markets.

Rietkerk said, “Our data highlights that 2019 was a seminal year for many teams, with tremendous growth in traditional revenue streams such as sponsorship. Meanwhile, leagues have been moving toward a ‘homestand’ system in which teams play at their own venues. This potentially opens the door to increased matchday revenues for teams, including returns from ticketing and concessions, as well as larger merchandise revenues.”

And Rietkerk added, “The market is also maturing in entirely new ways, with innovative revenue streams starting to develop, such as streaming and digital goods. These are new ways to monetize that are not available to traditional sports; they also demonstrate a growing understanding of the competitive advantages esports has over sports. These revenue streams have become pioneering ways for teams, organizers, and publishers to grow the business.”

With all of the dynamic changes, Rietkerk acknowledged that Newzoo needs to keep its model for the industry fresh. 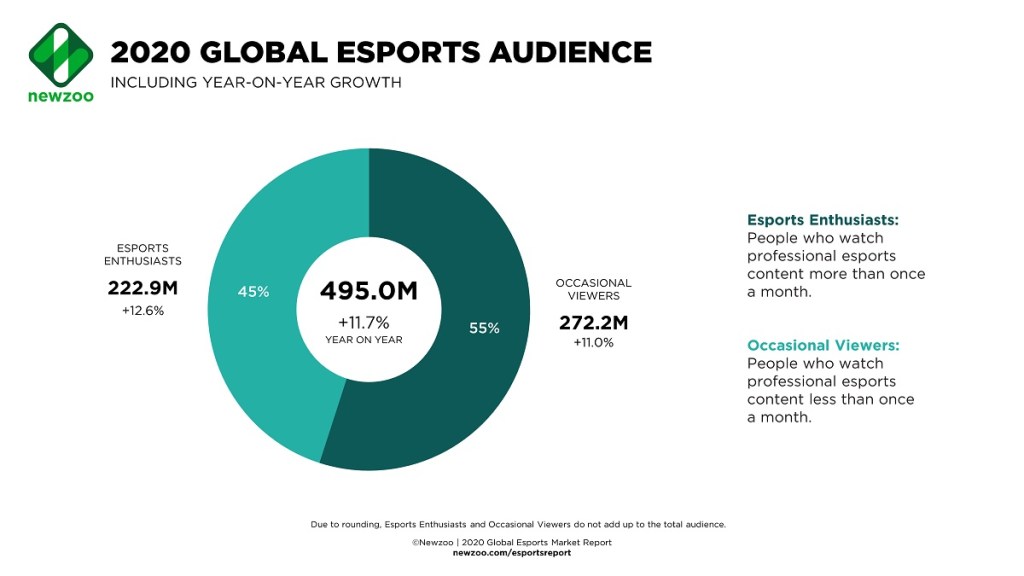 In 2020, 2.0 billion people will be aware of esports worldwide, an increase from 2019’s 1.8 billion. China will continue to be the country/market that will contribute most to this number, with 530.4 million esports-aware people.